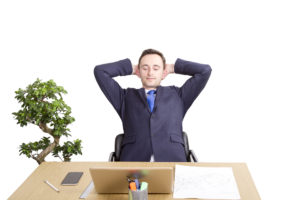 Over the 18 months that I have been writing Emotional Judo®: Communication Skills to Handle Difficult Conversations and Boost Emotional Intelligence, I’ve had to deal with all manner of technical problems. Getting my website happening and the book published, as well as, social media idiosyncrasies to market it, have been challenging.

I could tell you some stories that happened to me along the way that would make your sides split laughing. Completely frustrating and time-wasting stuff.

Okay I’ll admit it; computers and I are not the best of friends.

And that is what this blog is about; not my technical incompetence, but rather, doing things we are uncomfortable with or have a loathing for. And become proficient at them despite our resistance and negative feelings.

I have to get on top of computers, rather than allowing them to get on top of me. They are part of the modern age and the amount I have advanced in my computer skills has been vast over the last 15 years. Before that I was head down, studying people and studying texts.

It’s the same in reverse, but it’s probably even more important.

Some people, good at technical skills, find it hard to master relationships. They are more comfortable with ‘things’ than ‘people’. Others get overcome by anxiety and can’t speak up, and some get worked up emotionally when things don’t go their way.

But, interpersonal skills are vital for our ability to get on in our personal and professional lives.

When people don’t feel comfortable with learning a new skill, they often say “but that’s just who I am.” “That’s how I roll.” “That’s how my brain works.” “I can’t change it.” Especially, when it comes to people skills.

A few months back I trained a cohort of leaders who had influence over groups outside of their organization. These people were particularly technical in their academic and professional backgrounds and were not great with interpersonal skills and the outside groups could founder because of it.

One particular leader, Jason, said he couldn’t change. This is “who he was” and this was “how he was.” and so as a result are he found it very difficult to get on top of the skills.

However, he was able to go through many of the skill sets and was capable of exhibiting the fundamentals of empathy. He also showed that he could think on his feet in a difficult situation.

Although he did end up a little lost in some of the role-plays, he still demonstrated that he had the capacity to do what he said that he couldn’t do. He was able to operate out of his comfort zone and achieve a reasonable result; it was early days so I was not expecting immediate perfection.

The question is whether he saw the need to put what he learned into practice outside the training room. I sometimes wonder with people like Jason, if this person’s job was at threat would they change? I’ve coached plenty of people who turned a corner the right way because maintaining their job was motivation. For Jason that was never put to the test, unfortunately. Although the organization ‘desired’ he change, they prized his technical capabilities above all else and forgave him is poor relationship skills. They also did not follow up with coaching.

In another case, a very senior leader of an organization that I was doing some training with reacted quite defensively when I tactfully suggested he needed to be more respectful in the way that he delivered his feedback. He replied, “This is the way that I roll, and you know if you don’t like it well…”

So this was his unspoken message to his staff – I am who I am so get on with it! Of course, this can be a real problem because then you are not developing your staff; you are simply treating them like robots and not showing you value them. And human capital is a very important resource. This is a recipe for high churn and burn rates. But he felt at threat and vulnerable if he didn’t stay in control.

So, is it really possible to develop new habits?

Absolutely, but sometimes it may take some coaching, as well as training, to achieve.

The senior leader I referred to above did take some coaching but eventually he did change, much to the delight of his staff and betterment of the organization.

The payoff that you will get for developing these habits is vast. And if the candidate sees that, the motivation can be there.

And just as I can learn computer skills. And my octogenarian mum can get more adept at the computer because she is motivated by having two kids living overseas and needing to stay in touch and see grandchildren. You can learn people skills.

The real thing about learning is that repetition and building new skills start to build neural pathways. I won’t go into the full neuro-physiology of it, but it becomes easier and easier.

Because in our growth process we encounter situations that we don’t like; we have unpleasant feelings. We then have aversions to doing things and as a result we don’t fully develop the skills.

In part two of this blog we will examine the four processes necessary for skill development.

If you want a head start, my best-selling eBook Emotional Judo®: Communication Skills to Handle Difficult Conversations and Boost Emotional Intelligence is still on special until Friday at AU$2.57.