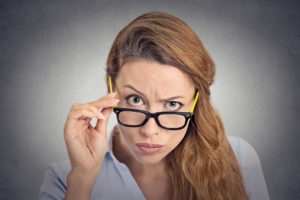 In a recent blog on Empathy vs Sympathy, I mentioned that I sometimes remark in jest while training Emotional Judo® skills, that when growing up, boys/men are usually taught not to go anywhere near their feelings at all. Women are often taught to sympathise.

But even though to “man up” and “not be sissy”, infers that to acknowledge feelings is somehow a womanly trait, woman in business can also fall into the “man up” trap.

Logic is king in western business and feelings are often treated with contempt (which ironically, is a feeling). But, male or female, if your way to manage feelings is to harden your heart and not connect to your feelings, you will experience two big issues.

These two issues may seem obvious to those on the receiving end.

The first issue is that when you switch off your feelings to yourself, you usually switch off your ability to properly read and understand others’ feelings. This means you will often miscommunicate (both in the way you come across and through misinterpreting information coming to you) and potentially cause conflict. You will be less effective at influencing and cause issues that may lose good staff.

I had a CEO of a small family-owned manufacturing organisation, in a training on feedback. He was very removed from his feelings. He disclosed he had had multiple instances where he had delivered feedback and thought it went well. He then found that the recipients of the feedback (different people at different times) were either reduced to tears or had lodged a complaint against him. He was bewildered as to what he had done. His wife, who was a co-director, was constantly band-aiding his poor communication skills and getting people to reverse their decision to leave.

Teaching him empathy skills was no small feat. But, we did get there in the end.

The second major issue is that you become disliked; people think you are something I can’t print. You might think that is no big deal like Rob did, but think again.

Rob is a project manager and a case study from my internationally best-selling book Emotional Judo®: Communication Skills to Handle Difficult Conversations and Boost Emotional Intelligence. He declared when I was coaching him, “I don’t care if people like me or not, I have a job to get done.”

In his book Influence: The Psychology of Persuasion, Robert Cialdini puts forward six ways to persuade. One of those is likability. Likeability is not necessarily always going to get you across the line by itself. (Sometimes it will if you are a Bill Clinton type.) But it is more likely to be the underlying foundation that will help you use Cialdini’s other five persuasion techniques.

How do you solve this?

Learn how to empathise! Some people think they are empathising and have no idea they are actually alienating.

This FREE eBook EASE for Difficult Relationships will show you how.