Seven Cancerous Communication Habits; do you have them?

23 Aug Seven Cancerous Communication Habits; do you have them? 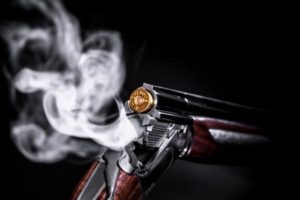 We’ve been talking since we were about 18 months old but how effective is our communication? If you or your organisation are participating in these seven cancerous traits, what is the cost?

We could put any bad listening habit on this list: assuming, jumping to conclusions, mind excursions etc.

The shot gun is just one example of poor listening skills.

Not listening properly leads to miscommunication and error, a breakdown of trust and relationships, and potential conflict. Are any of those good for organizational outcomes?

The shot gun is where a person who is meant to be the receiver of information prizes their information over another’s. As a result they do not listen to the content of the other, they are simply searching for a gap in the conversation so they can fire off their loaded shotgun with their views to take control of the conversation.

Even if you disagree with the other party, there is a better way to enter the conversation.

The shotgun fosters animosity and a lack of willingness to collaborate.

With memes and social media re-posts these days, no one is checking the veracity of ideas put out into the public. This predates the current day but it is more commonplace now. The current US president is good at this one. Newspapers have slashed their editorial staff because they are competing with the Internet. Hence, not even newspapers are properly checking their facts. Repeated ideas swim around in cyberspace become truth.

An example of this that pre-dates the internet are the stats on communication that only 7% of communication is from words, 38% is tone and 58% is body language. Even Albert Mehrabian, who conducted the 1967 research that gave rise to those numbers, says he has been misquoted ever since.

Opinions are valid provided they are substantiated. At the same time, we need to be aware that empirical data is sometimes based in a context. If we only run from historical data without questioning context and sticking to vision, we will never go forward.

Getting a balance of this in decision making is important.

Trust is one of the most important elements of good communication.

It goes without saying that breaching another person’s confidence will be an enormous killer of trust in your relationship moving forward, yet people still do it. If their faith in confiding in you is disregarded, they will be less trusting of you next time it comes to sharing important information. Hence you may be stemming the communication flow.

Blame avoidance and its cousin

The cousin of blame avoidance is blame attribution. If everyone is looking for somebody to blame, then not too many people are taking responsibility and accountability.

If this goes on within workplaces or families, what ends up happening is a blame avoidance culture. No one wants to take ownership for fear they will get their head chopped off.

The cousins feed into each other. People purposefully create an out-clause in actuality or in their own mind at the start of a project. As a result, greater project failure is a likely outcome.

Blame avoidance and attribution are huge cancers in organizations and families.

This could probably be labelled a poor listening habit like the shotgun.

Interrupting others, or finishing what they are saying because we assume we are understand or know what they are trying to communicate, is a patronizing and potentially hazardous process. It may speed up proceedings, but both these poor habits stifle the potential of useful contributions in the future. That may result in helpful pieces of information never emerging.

If you see your ability to communicate as superior and jump in over the top of others, remember communication is a two-way street that involves reception as much as broadcast.

Not checking out/ lack empathy

It is so easy for miscommunication to happen.

As has been said, we don’t listen properly, we assume we know what others are saying, we prize our own opinions over others, and we enter situations with predetermined notions that our way is ‘right’. If you look at the communication filters that each of us run our incoming information through, it is a wonder we can understand each other’s intended meanings at all.

Lacking empathy will get in the way of understanding others. That doesn’t mean you have to agree with them but acknowledge your understanding with more that “I get where you are coming from,” or “I understand.”

Checking out means we take steps to assure that the meaning we have taken away is the intended one. Not checking out assumes we understand what the other person has said and can lead to errors in communication and costly mistakes for organisations.

Simple stuff, I know, but because it is so simple, laziness and pride often get in the way of this occurring.

It is probably one of the most common communication problems in any setting: workplace, personal, social.

Everybody wants to feel a level of significance in relationship with others; it is one of the six fundamental human needs according to Human Needs Psychology. Respecting another’s views generally flows into mutual respect.

When a significance battle occurs, both parties are looking to win over the other, rather than trying to find a true win-win. Inside an organization this battle wastes time, leads to passive aggressive behavior and can derail or limit outcomes.

But difficult conversations need to be had in all relationships so understanding how to negotiate significance battles is important.